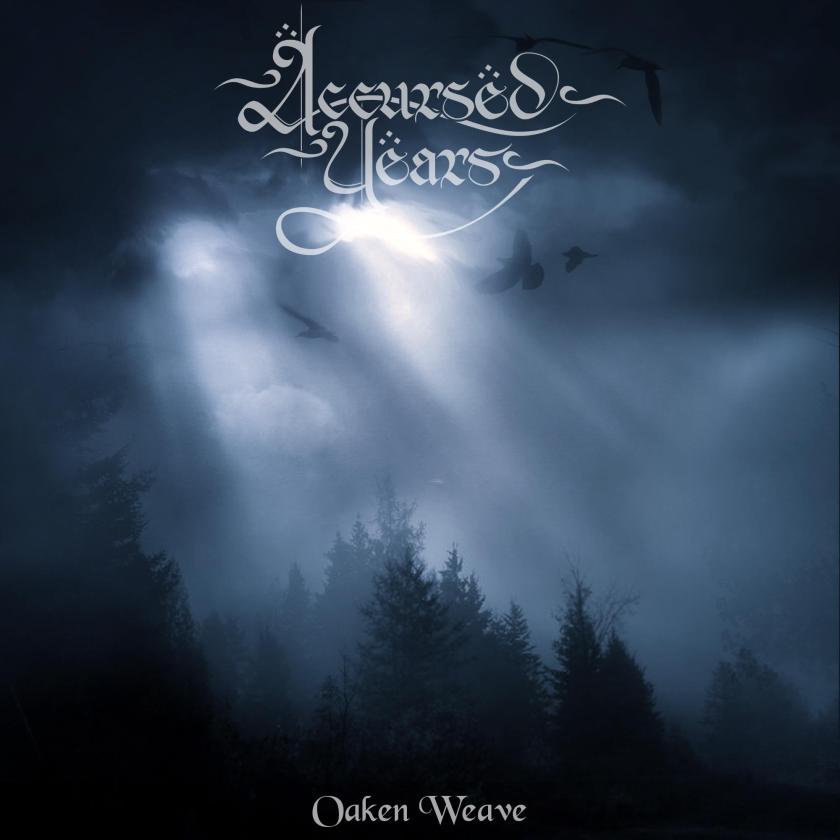 An acquaintance of mine (also in Sköll) asked me if I’d be kind enough to have a listen to his other band’s (Accursed Years) single and see what I thought. I think I’d seen the band name floating around on social media a little, but never really taken the time to actually see what they were about. So when I got sent the link to get these tracks to have a listen, I had to.

There are two tracks on this single, the first of which is the title track, Oaken Weave. The track begins with quite atmospheric instrumentals, and then there are some clean male vocals. It is almost spiritual. The track then gets heavier, it’s definitely a track you can headbang to, but it also retains some of the atmosphere from the beginning. There are some definite folk melodies in the guitars and it’s a catchy melody as well.

Sons of Fenrir is the bonus track to this single release, and begins with a “call to battle” instrumental with the drums and guitar. Harsh male vocals kick this one off. Once again, it’s a track with a catchy, folky, guitar melody which you can still headbang to. There are the clean male vocals again, and later in the track, the clean vocals seemlessly transition back into the harsh vocals.

I’m not going to give a verdict rating on this, because I don’t think two tracks are enough to form a full opinion of a band. However, saying that, if these two tracks are anything to go by, Accursed Years area band I’m going to be keeping an eye on in the future, and their upcoming release (hopefully) later this year. The blend of pagan and folk metal works really well, and it’s pretty much my kind of music.