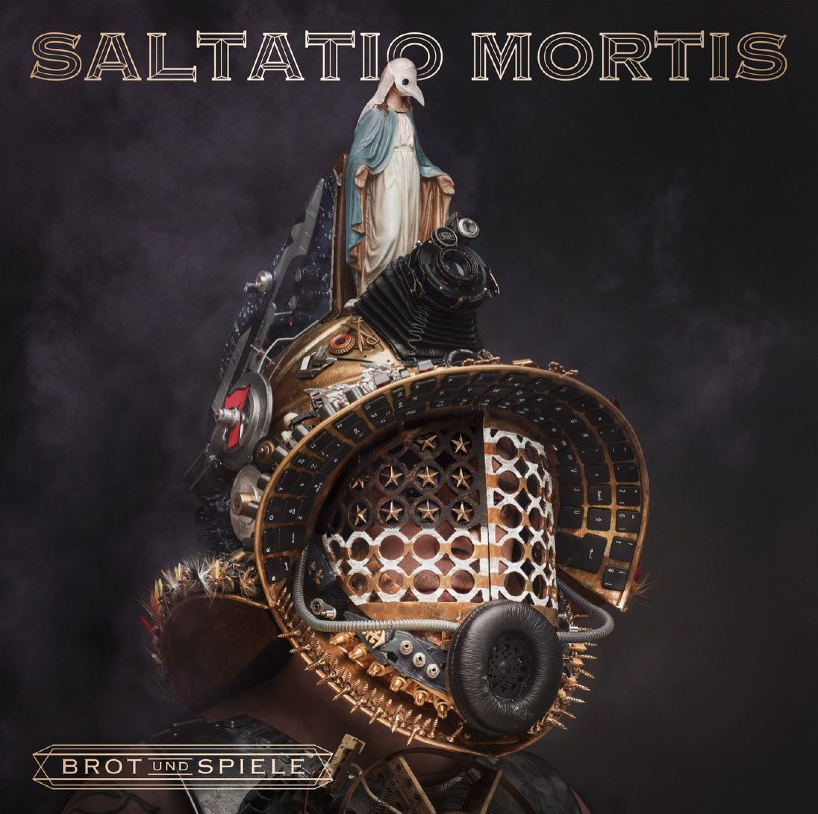 I’ve had Saltatio Mortis on my radar for a while, so when I heard that a new album was out, I had to give it a listen. Saltatio Mortis will be playing Wacken Winter Nights in February, and I’m very much looking forward to seeing them. This deluxe version of the album includes 12 tracks which are acoustic medieval pieces, reflecting very much the medieval roots of the band.

Ein Stück Unsterblichkeit kicks off the album with piano and guitar, and then there is a buildup to the full band, and there is slow paced “woahs”, which set up for the rest of the album (and a good singalong at Wacken Winter Nights!) Große Träume continues on from the first track but with a faster tempo, with vocal harmonies. It’s very dancey, and will be perfect to warm up to in a German forest in February. Dorn im Ohr and Ich werde Wind both are very bagpipe heavy and have a good feel about them.

Nie wieder Alkohol, despite the translation “Never again alcohol”, definitely feels like a drinking song. It is fast paced and jiggy. Träume aus Eis is a big contrast to the previous tracks, with pipes, and a distinctly power ballad style. Mittelalter goes back to the happy dancey style, with group vocals and singalongs. Brunhild is catchy with a bagpipe melody, and Besorgter Bürger has guitar parts that remind me of Rise Against; a completely different genre but it fits the song really well. The familiar “woah”‘s and fast paced tempo comes back in Sie tanzt allein.

The next tracks are the previously unreleased medieval style tracks. With these tracks, I am definitely hearing The Witcher franchise soundtrack in these tracks. There are lots of pipes, medieval stringed instruments and drums in the mix. There are group vocals throughout, some tribal elements, and even a Middle Eastern theme to Raghs-e-Pari. There are some faster paced tracks such as Amo lem ad nauseam Marselha and some slower paced tracks such as Epitaph to a Friend and the final track, Mitt Hjerte Alltid Vanker.

I am on a massive folk metal kick again after a bit of a dip back into power metal, and this album is definitely helping the folk metal vibes. It’s nothing absolutely spectacular, but it is a good album. It is consistent and it has the Saltatio Mortis sound. I do really enjoy the medieval tracks too, as they remind me of one of my favourite game franchises. I have given the score I have for this album not because I’m not keen on it, but because I don’t feel like this is an album I will constantly go back to to listen to all the way through over and over again, like Vanadrottning (Grimner) or Palo (Kalmah).