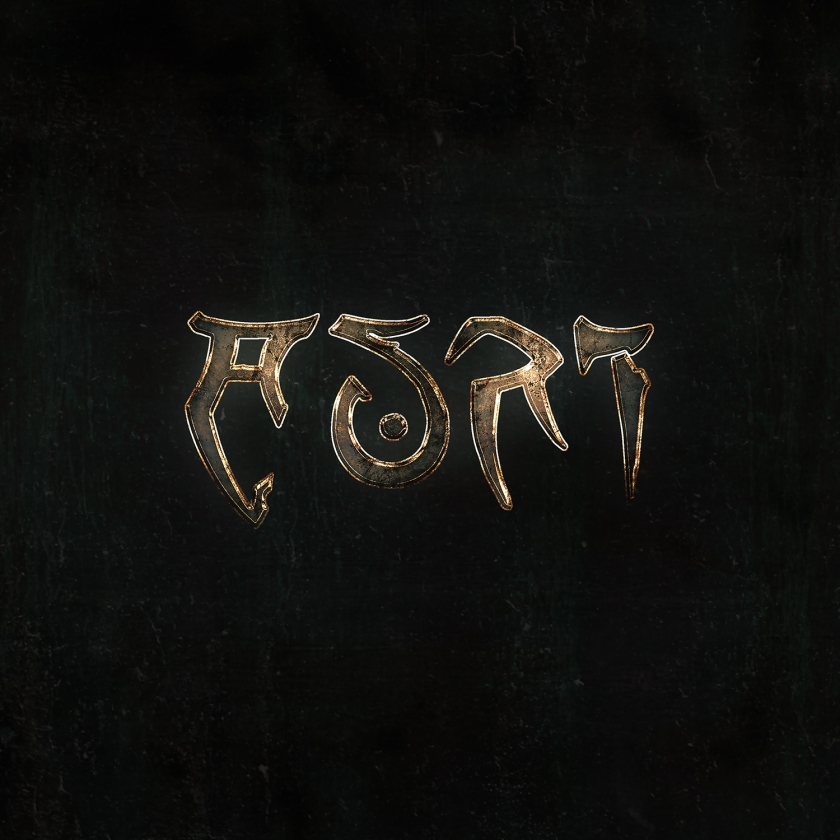 Auri is a new musical project by Nightiwish members Tuomas Holopainen and Troy Donockley, and Finnish vocalist Johanna Kurkela. Now, this isn’t strictly “metal”, in fact there’s no real metal elements at all. However, when two thirds of a group are from one of my favourite all time bands, I can’t help but give this a listen and a review.

There are so many elements to this album. There are high fantasy style instrumentals, tribal drums, 80’s style synths reminiscent of Stranger Things, and a full-on Irish folk track to finish the album.

The album’s first track is The Space Between. Tribal drums begin the track. Johanna’s vocals are beautiful and she has a fantastic range, and there are 80’s style electronic style synth elements, and string accompaniment. I can hear Nightwish influences in the folk instrumentals, particularly due to the use of the uilleann pipes. This is not surprising due to Troy and Tuomas, and it is definitely not a bad thing.

The second track, I Hope Your World Is Kind, flits between being calming vocals with guitar, and more dramatic strings and vocals. Towards the end of the track, the piano becomes more sinister in nature. Skeleton tree has less vocalisation. The pipes and drums are mysterious, and the pipe harmonies build up; strings start coming into the mix. The strings and percussion then take over the same repeating melody the pipes and drums play. There is some 80’s influenced synth again, and there is a change in melody, but the same melody from the start of the track keeps coming back.

Desert Flower definitely has a more fantasy feeling, with guitar, strings and harps. It gives me an elven feeling, in the theme of Lord of the Rings or a high fantasy RPG. There is a beautiful piano melody, and for the first time we hear Tuomas’ vocals. He has a beautiful voice, and he is accompanied by a guitar. Johanna’s vocals return and she is accompanied by guitar and strings. The whole track is calming and beautiful. There is a long string, guitar and piano melody at the end of the track, which is interjected by some female choral vocals every now and again.

Night 13 begins just with Johanna’s vocals, strings slowly come in, followed by piano. The track gets more and more uplifting as it progresses, there is a lot of buildup through the entire track. See has a distinctly Middle Eastern feel to the instrumental, again we have a build up of instruments, particularly the piano and pipes.

The Name Of The World starts with vocals and piano, and then pipes and strings. Low strings and fast piano come in, which get the heart racing. The track ends with more calming instrumentals; piano and strings, and there are lots of calm deep breathes out. It is a very dreamlike piece of music. Aphrodite Rising begins with running water, like a stream. Piano and strings are the main instruments in this track, yet I hear the synth again which is a lovely addition. The track ends with the female vocals and again we hear the water. This time it sounds more like the sea, lapping up on the beach.

Savant is another dreamlike composition, but a little more sinister than The Name Of The World. There are low pitch piano and strings, and some of Johanna’s vocals which is interspersed with sinister, child-like giggling. There are some faster string interludes, and an un-natural male voice towards the end. It’s very much turning into a nightmare more than a nice, calming dream. The disjointed piano adds to the uneasiness of the track.

Underthing Solstice begins with strings, which remind me a lot of Skyrim and Lord of the Rings. There are calming female vocals, and we then get a transition to almost Gregorian male vocals accompanied by a church organ. Female vocals come back in towards the end, intermittently interrupted by rumbles of thunder and rain. There is a long rumbling of thunder and a rainstorm to end the track.

Them Thar Chanterelles featuring Liquor in the Well is the final and probably my favourite track from the album. It begins with Johanna singing a little tune to herself, it’s almost spirit-like. The strings start to come in and they remind me very much of the musical style of the Witcher game series. Pipes start to take over the vocal melodies and there is a little bit of clapping which made me think initially, is this going to turn into a full on folk track? My instinct was right, and there was a “wow” moment for me when the full Irish folk kicks in. I feel like I’m transported to an Irish tavern with dancing, drinking and laughter. Male vocals join the female vocal melodies towards the end, and the entire track is uplifting. It is the most beautiful way to end this album.

Although not strictly a metal album, it’s definitely within the realms of folk and it is something I love to listen to. If you love the folk melodies in metal, this is a pure, stripped down version and it is every bit as beautiful you would expect. I hope that this isn’t just a one time project and that we hear more from Auri in the future.