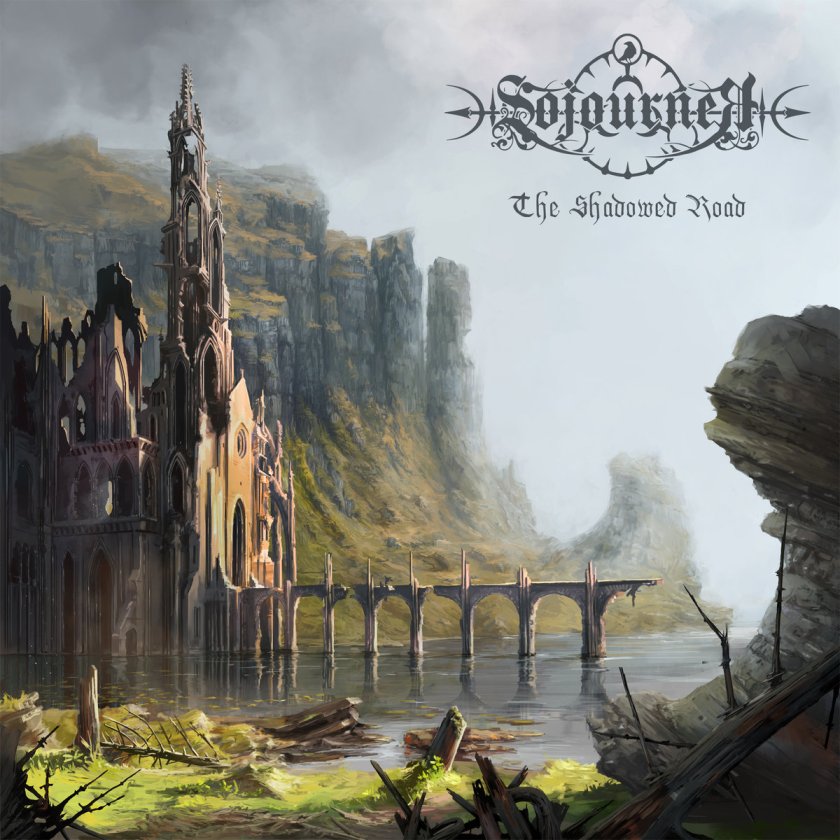 Yet again, I have to thank the good people of The Folk Metal Grove of Facebook for informing me of this release.

The album kicks off with Winter’s Slumber, the atmospheric beginning has piano, guitar and flute, and as the track kicks in, it definitely has an Insomnium feel to it. There are male black metal style vocals and clean female vocals throughout the track. Titan has an acoustic intro before the drums and guitar kick in, with a vocal roar. We get a piano interlude with some guitar melody, a nice contrast to the heavy sections which allow for some headbanging, and there is also a time signature change hidden away.

Ode to the Sovereign has a strings intro, which transitions into guitar and flute, and then the guitar and drums build up. The female vocal are more prominent in this track. An Oath Sworn in Sorrow  has a piano intro with flute over the top, and it has a slower tempo than the previous tracks so far. The female vocals come in first, and the male vocals appear later. Our Bones Among the Ruins is a much more folky track, and I can see there being a bit of jigging involved if this is played live. There is some more piano towards the end.

Where Lost Hope Lies starts with guitars, and a black metal cry and drums kick the track in. There really is an epic feel to this track, with the female vocals coming in later and a lovely piano interlude around half-way through. The final and title track, The Shadowed Road, begins with solo female vocals without any accompaniment. Then we hear drums and guitar behind harsh vocals before the full instrumental kicks in. There is a flute in the mix and we have both female and male vocals which join into the instrumental.

Each song on this album is its own story; its own journey. I’ve been finding myself listening to a lot more melodic and atmospheric metal recently, and this has all the elements I love, along with some more folky and calming elements which really complement the harsher vocals and instrumentals throughout the album. There are definitely Insomnium influences here, but Sojourner have a unique sound in their own right. They are definitely a band to be listening out for in the future!