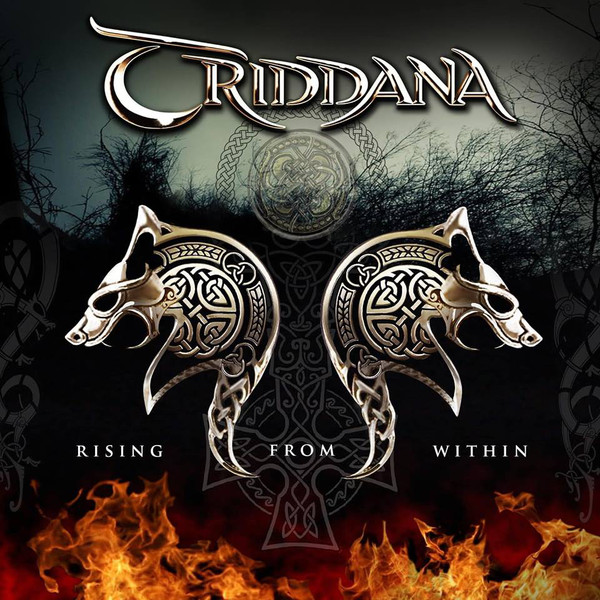 I first learned that Triddana had a new album out thanks to the guys at Heavy Metal Entertainment. And of course with folk metal and bagpipes, I had to give the full album a listen for myself.

The album kicks off as it means to go on, with Dare to Tame Me. It starts out with a fade in with keys, and then we get heavy drums, guitar and of course, bagpipes. It’s happy, jiggy and dancey, and sets up a great mood for the rest of the album, despite the lyrical content. When Horizons Blaze begins with choral, atmospheric and electronic elements before back into the happy, jiggy tempo is back. It is an upbeat track and there is also a flute solo. Raging Fire begins with an Gregorian style chant leading into tribal style drumming, chugging guitar and a bagpipe melody. The dancey pace is still here but with a little more headbanging. It’s my kind of folk metal!

Stray From The Path brings a slightly slower pace to the album, but it is still dancey, and there are also group vocals. Journey To The Rim is flute heavy with what sounds like an interesting time signature or beat. The Light You Left Behind is the ballad of the album, with acoustic guitar and soulful bagpipes. Blind Hope is back to the happy, jiggy start of the album, and it is probably one of the most catchy tracks of the album.

Pages In The Past begins with tribal style drums and calls, with bagpipes, and there is a little more traditional metal in this. There are definitely some synth and keys in this track. Stages Falling includes piano and flutes in the mix as well as the more traditional metal instruments, and fades out with only piano left. Along The Crooked Road is more acoustic again but will a jolly melody. The drums do pick up but it is a more relaxed way to transition into the final track.

Our Time’s Coming is a great festival track. It is heavy and very much suitable for headbanging with a great bagpipe melody, an even an electronica style element. It’s very much a track I can see myself dancing to with all my lovely folk metal friends.

I really did enjoy this album. It’s what I like in folk metal all in one nice neat package of an album. Bagpipes aren’t used nearly enough in metal, there should be more folk instruments in general, and it does spark the idea to learn lots of folk instruments (I need the money for said folk instruments first). The album is consistent without being too similar and every track being the same, each track has its own unique identity. I am very much looking forward to hearing even more Triddana in the future!